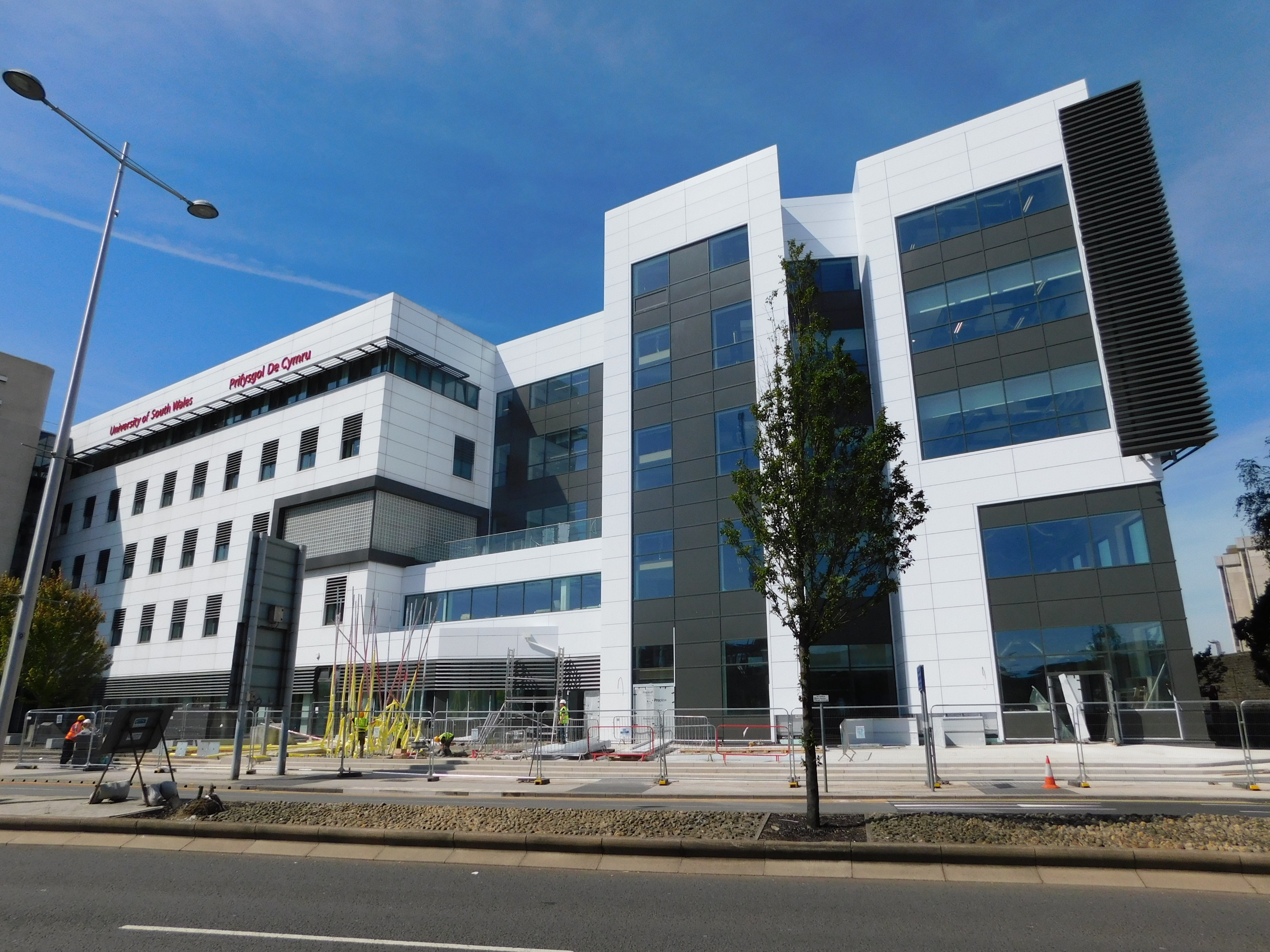 Composite Metal Flooring manufactured 4343 square meters of Metfloor 55 to construct 5 storeys of the new Atrium 2B extension in the University of South Wales.
Studwelders Ltd installed the decking, edge trim, safety netting and 11,000 shear studs to construct the extension to the University of South Wales' centre for the creative industries learning and teaching facilities.

Composite Metal Flooring manufactured MF55 decking to construct 5 floors of the new Atrium 2B extension for the creative industries complex in the University of South Wales in Cardiff. The extension was built to the east of the original building, and the new complex houses extensive design studios for use in illustration, graphic design, graphic communication, TV and film set design, interior design, as well as having space to run the campus’s three fashion courses. The building also houses dance and drama studios and rehearsal stages, photographic studios, new fabrication workshops for media, and model-making studios for animation.

Composite Metal Flooring and Studwelders Ltd were contracted to manufacture and install 4343 square meters of the traditional dovetail re-entrant Metfloor 55 steel decking and 934 linear meters of edge trim by Bouygues UK, who were constructing the new creative industries complex for the newly-amalgamated University of South Wales, to improve their central urban campus. This project utilised 2 out of the 4 production lines at the state-of-the-art CMF manufacturing facilities, to produce the decking and edge trim for the campus.

Studwelders Ltd installed over 4000 square meters of Metfloor decking on-site, as well as edge trim and 11,000 shear studs, to construct sturdy and structurally sound floors for the 5 storeys of the new campus extension. They also installed safety netting to the structure, in order to complete the job according to the necessary regulations. The construction of the floors completed the skeleton of the post-modern development, and prepared the structure for its transformation into a state-of-the-art university complex.

The first batch of steel decking was manufactured by CMF in July 2015, and the final batch left the manufacturing facility in August 2015, to be installed by Studwelders on-site. The installation of Metfloor 55 steel decking, shear studs and edge trim was completed almost one year to the day before the expected completion date of the extension of August 2016.

The building was completed on time and on schedule, in August 2016, in Adamsdown, Cardiff City Centre, and the new extension to the University of South Wales’ Atrium building in the Cardiff campus now houses the Cardiff Faculty of Creative and Cultural Industries.