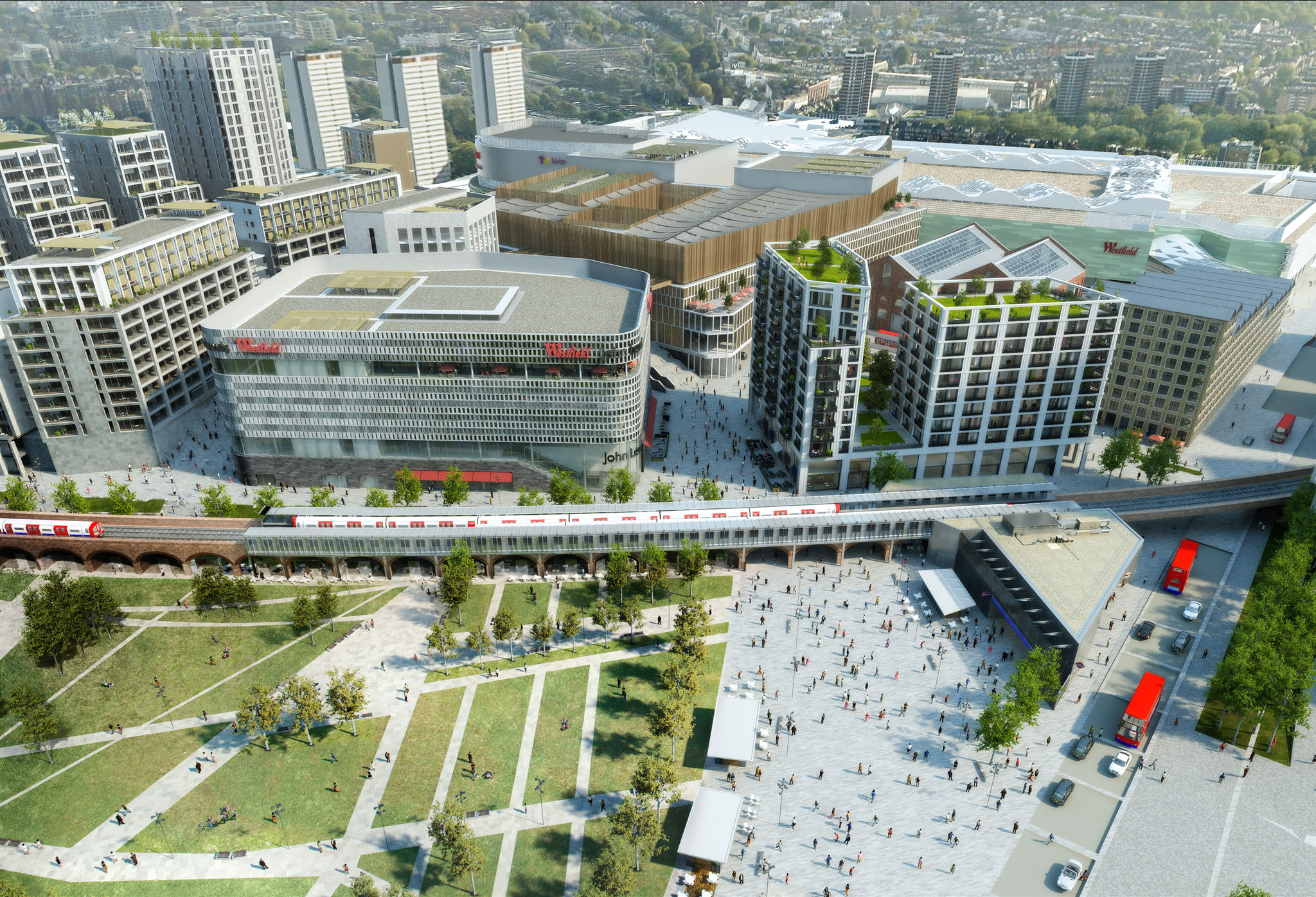 Composite Metal Flooring recieved their 2nd largest contract to date, when commissioned to supply Metfloor steel decking to the 68,750 square metre extension to what will become the UK's largest shopping centre.
Studwelders Ltd were responsible for installing the tens of thousands of square metres of steel decking, and hundreds of thousands of shear studs to the behemoth shopping complex in White City, in their 2nd largest ever contract.

In 2014, Westfield London announced plans to expand into neighbouring zones of the White City regeneration district and construct an adjoining additional shopping complex to their current 150,000 square metre shopping centre. Also included in the £600 million expansion plans were a series of residential complexes, containing 1500 new homes, as well as open pedestrian spaces and a mixed-use urban park.

The project, upon which construction started in 2015, is set to be completed in Spring 2018, and initially house 70 retail units, and a 230,000 square foot John Lewis department store. The project involved re-routing and re-constructing an extensive public transport mesh of Overground and Underground railway lines, bus lanes, cycle paths, and pedestrian walkways, and was headed by Westfield Europe.

Construction began on-site in early 2015, and the first steel decking for the shopping precinct was manufactured by CMF in the December of that year. There would eventually be hundreds of further orders over the next 18 months, with the last load of steel deck arriving in West London in May 2017, to be installed by Studwelders Ltd. This massive project utilised all 5 of CMF’s production lines, with the exception of the Purlin line, added to the factory in the middle of the White City project.

Studwelders Ltd was contracted to install the steel decking, shear studs, edge trim and safety netting on the White City site. The installation lasted 18 months, and Studwelders installed 138, 248 square meters of Metfloor steel decking during that period. Some of this decking was used to construct the adjacent residential blocks, also part of the Westfield development in White City. This project became the 2nd largest undertaken by CFD, surpassing the previous title holder,The Broadway, Bradford, but second to Westfield Stratford City.

Phase 2 of the Westfield London complex is set to open in Spring 2018, and will have West London’s first John Lewis as its anchor store, and will be surrounded by many other well-known shops and stores in the brand new development, which hopes to revitalise the area, and significantly boost the local economy.