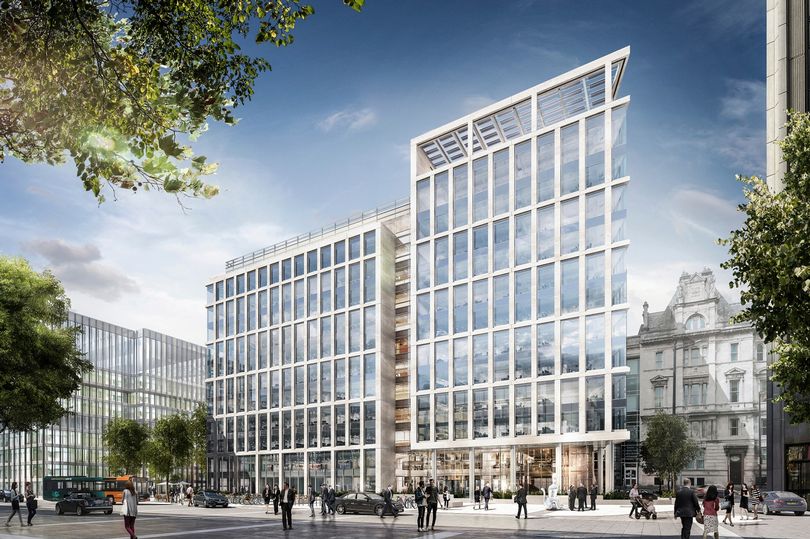 Studwelders Composite Floor Decks was entrusted with the installation of approximately 28,000 square metres of MetFloor 55 steel decking to 6 Central Square, Cardiff.
During the installation, Studwelders also welded thousands of steel shear studs and fitted steel edge trim and safety netting to the structure.

The steel decking used on the project was manufactured by CMF. For this contract, CFD group used traditional dovetail re-entrant MetFloor 55 steel decking, which has been a favourite of British architects since the 1970s. The MetFloor 55 was rolled in 1.0mm gauge thickness of steel. Studwelders also installed an additional 500m2 of ultra-long span trapezoidal MetFloor 80 steel decking in a 1.2mm guage thickness, the thickest gauge used by CFD group. One notable design feature of CFD Group’s MetFloor decking is that it is produced in relatively narrower sheets. It was a conscious decision to limit the width of the sheets, to make it easier for the deck to be handled, carried and installed onsite, relative to a wider sheet of decking. In doing so, the design teams hoped to reduce musculoskeletal injuries and strain amongst Studwelders and CMF personnel.

The installation teams securely fastened the deck to the steel framework using CSC shear studs, another CFD product, using through-deck welding techniques. Studwelders also attached steel edge trim and FASET-compliant safety netting, to ensure safe working conditions whilst installing the steel decking over the 12 storeys of the building. Studwelders provide a “one-stop shop” service in the field of composite floor decks, as they install not only MetFloor steel decking, CSC shear studs, edge trim and safety netting, but they can also complete the floor slab with their concreting teams, based around the country to reduce travel times and cost. This allows Studwelders’ in-house design teams to deliver a fully intergrated slab design, with both concrete and steel decking. The materials were delivered between March and July 2018 to be installed by Studwelders. The building is scheduled to be complete in 2020.