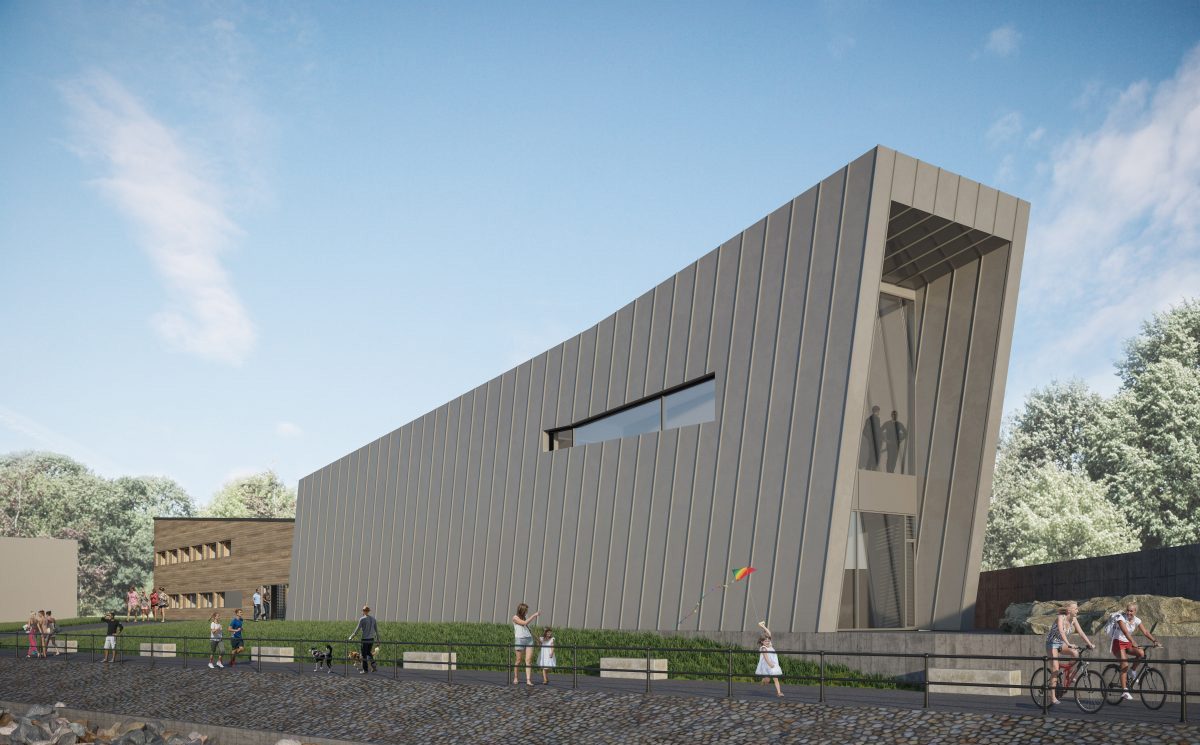 Studwelders Composite Floor Decks installed approximately 100m2 of MetFloor 60 decking to the new Sands of Speed Museum in Pendine, Carmarthenshire, where numerous land speed records have been broken.
The museum is the first of 3 phases in the Pendine Tourism Attractor Project, replacing the existing Museum of Speed, and aiming to rejuvenate the local economy.

As part of the Welsh Government’s Tourism Attractor Project, which aims to create 13 greatly improved tourism destinations across Wales, the old Museum of Speed in Pendine is being replaced by a new Sands of Speed museum, a 13-room, 42-bed Eco-hostel, new outdoor exhibition and event spaces, and improved amenities and services in a £6.9M project. The new facilities are hoped to attract extra tourism to the area, and better promote the history of Pendine Sands. Sir Malcolm Campbell made three land speed record attempts in Pendine, the quickest in Blue Bird in February 1927 where he reached 174.22mph, and Welshman JG Parry-Thomas made two attempts in his car Babs, but became the first driver to be killed in a world land speed record attempt driving at 170mph in March 1927. Nowadays, Pendine Sands is still used by enthusiasts for motor racing and land speed record attempts. The new museum will include an exhibition space for displaying cars and land speed record memorabilia, a shop, an events room, and has been designed to have a BREEAM rating of ‘Very Good’. The completed centre is due to open in 2020. The new museum is a 2 storey building with an iconic sloping roof, and contains far more display space than its predecessor.

Studwelders was contracted by WRW to install approximately 100 square metres of trapezoidal MetFloor 60 steel decking in July 2019. The decking was manufactured by Construction Metal Forming in their Mamhilad production facility. Studwelders and CMF are both based in Wales, making them the obvious choices for involvement in this project.