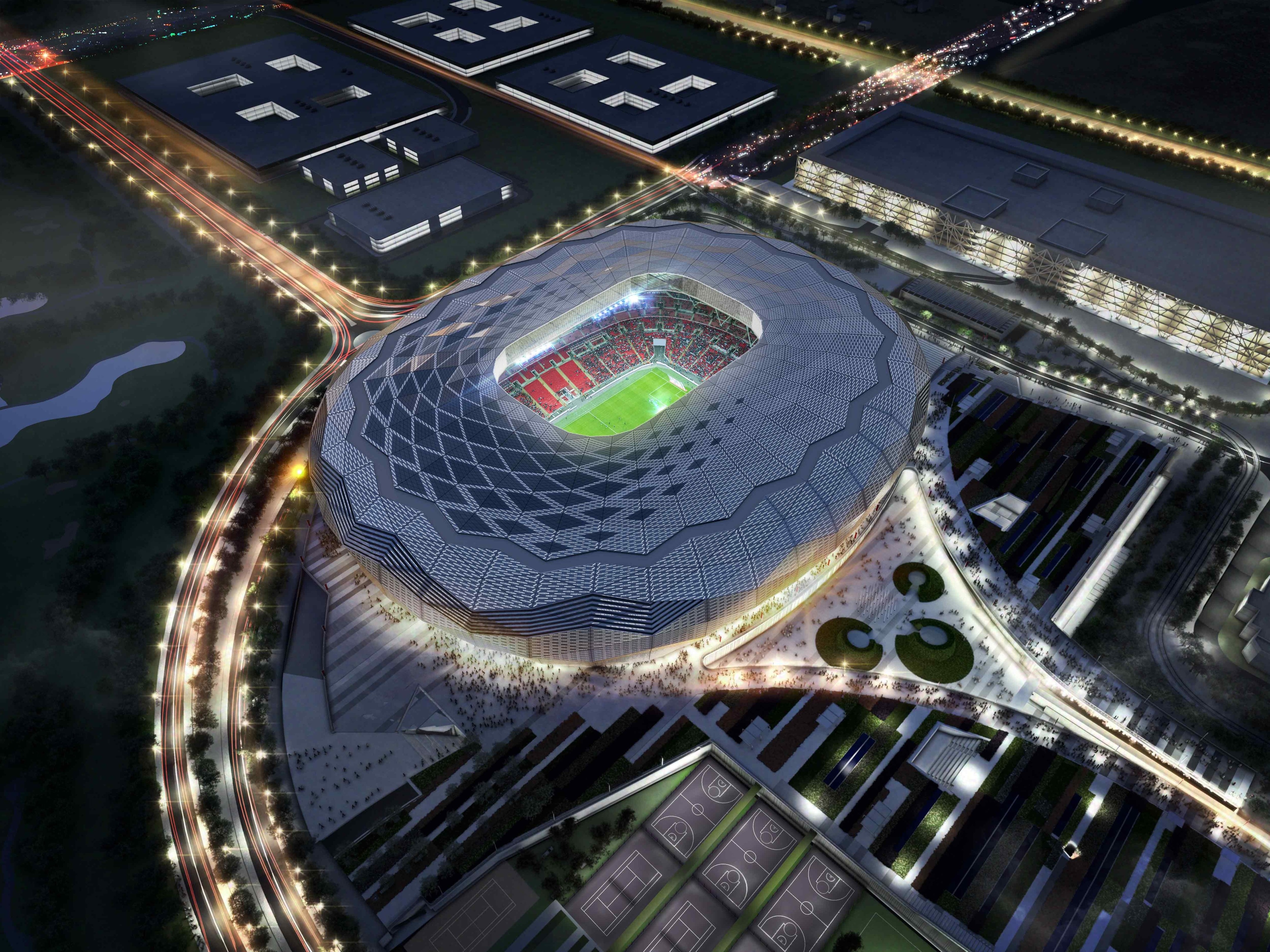 Studwelders CFD Ltd recieved an order from Cypriot contractors J+P to export MetFloor steel decking for use during the construction of one of the 2022 World Cup venues in Qatar. 7500 square metres were manufactured in July 2018 and the remaining 2200 square metres in July 2019 by CMF in their Mamhilad production facility. Studwelders CFD is elated to supply metal decking to such an ambitious project, known as Education City Stadium or Qatar Foundation Stadium.

Education City Stadium is being constructed by a consortium consisting of J&P Qatar WLL, Conspel Qatar WLL, J&P?Avax S.A and J&P (Overseas) Ltd. who have been awarded the contract as a joint-venture. J&P is a Cypriot firm whom Studwelders have previously supplied MetFloor steel decking to for use in many projects in Cyprus.

Works completed by July 2016 included 650,000 cubic metres of bulk excavation works, and implementation of a dewatering system. By the end of 2016, the main contractor was fully mobilised on site, finishing the foundation works and securing a substantial portion of the structural steel for the super structure.

His Excellency, Hassan Al Thawadi, Supreme Committee for Delivery & Legacy Secretary General, said: ‘We are pleased with the progress of Qatar Foundation Stadium and are hitting our construction deadlines. With the Main Contractor now appointed we look forward to watching it grow from foundation level to full completion in 2019. Over the next four years we’ll be working closely with our new partners to ensure we deliver an outstanding, legacy-orientated stadium at Education City that will serve the community long after the last ball is kicked’.

Once complete, Education City Stadium will have a capacity of roughly 40,000 seats, which will make it eligible to host matches up to the quarter-final at the World Cup. After the tournament, the capacity will be reduced to 25,000 seats due to its modular design that enables the upper seating tier to be dismantled. The stadium is located in Education City, a large campus in Doha where multiple local and foreign universities are based.

The stadium’s design is inspired by complex geometrical patterns, designed to pay tribute to traditional Islamic architecture. The enclosed outer shell is shaped to resemble a diamond, highly reflective during the day and illuminated with thousands of diodes in the night. With partially perforated cladding it will also provide temperature control to maintain 24-28°C inside no matter the weather. At the same time photovoltaic panels will be embedded into the cladding, providing up to 20% of matchday power demand. As with all of the 2022 FIFA World Cup venues, the stadium will feature innovative cooling technology, similar to outdoor air conditioning, which will help to combat the intense heat of the Qatari desert. The stadium is aiming for a LEED Gold certification rating. In May 2019, Education City Stadium received a five-star GSAS rating.

Construction of the stadium is hoped to be complete by the end of 2019, so that the studium can offically open in 2020, ahead of the World Cup in November-December 2022.