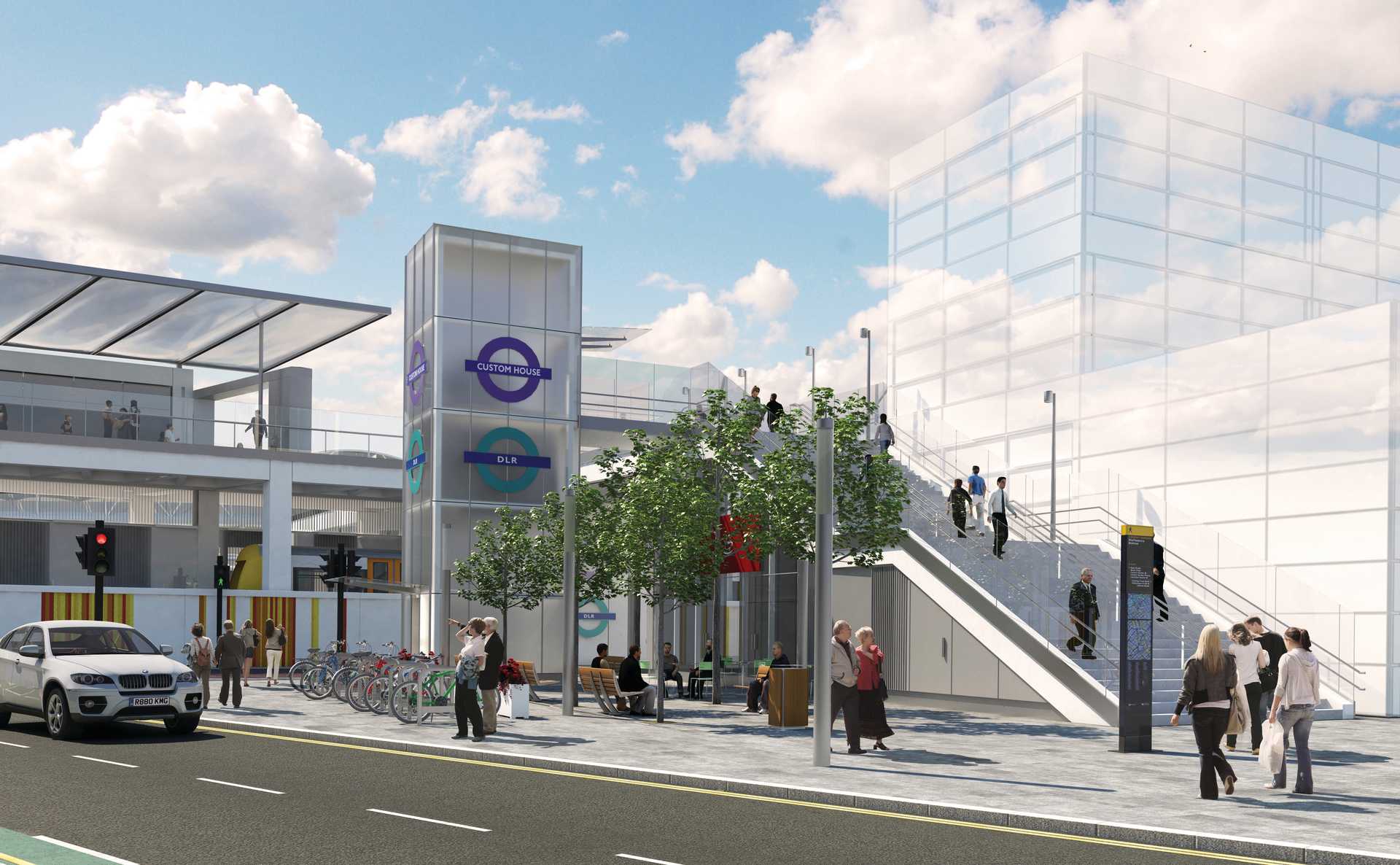 Studwelders Composite Floor Decks installed almost 700 square metres of MetFloor 80 steel decking and poured tons of concrete to create a composite deck system in Custom House station, in south-east London, as part of the development of the Elizabeth line.
The station was closed throughout 2017 so that the new Elizabeth line station could be built on top of the existing DLR station, with links to the ExCel arena. The redevlopment will increase station capacity by 50% and cut journey times into central London.

Studwelders was contracted to deliver a piece of Europe’s largest infrastructure project this century: Crossrail. The Chepstow-based firm was to install almost 700 square metres of ultra-long span MetFloor 80 steel decking, weld thousands of steel shear studs, add steel mesh and pour concrete on top to create the lightweight composite floor deck in a section of the expansion of Custom House station during 2017. This decking was to be used to construct a mezzanine deck above the existing DLR platforms towards the end of the project. The steel formed into shape by Construction Metal Forming and delivered to site in November 2017, allowing the Studwelders installation personnel to get to work. In total, the redevelopment of Custom House station required 400 tonnes of steel and 300,000 litres of concrete, manufactured by hundreds of different contractors (much of it prefabricated) and installed over a number of years. Studwelders was no exception, as the deck used in Custom House station was cut off-site at CMF’s production facility, but Studwelders can perform onsite cutting, commonly installing both onsite and offsite cut deck. However, the concrete used by Studwelders was pumped onsite, installed to the highest standards for composite floor decks, set out in SCI P300.

As usual in all sections of the Crossrail project, contractors had to surmount numerous difficulties, work in congested and cramped conditions, as well as operating around busy existing infrastructure. The station now features 202-metre long platforms, an iconic prefab concrete superstructure and landscaped surroundings. It’s stylish design contains numerous facilities and amenities for commuters, and is aimed to stimulate future development in the area. The station was built to accommodate future increases in capacity and traffic, and was able to reopen in January 2018 whilst works were completed, including by the Studwelders team. The station was completed on schedule, and now awaits the arrival of the first Elizabeth line trains in the future.