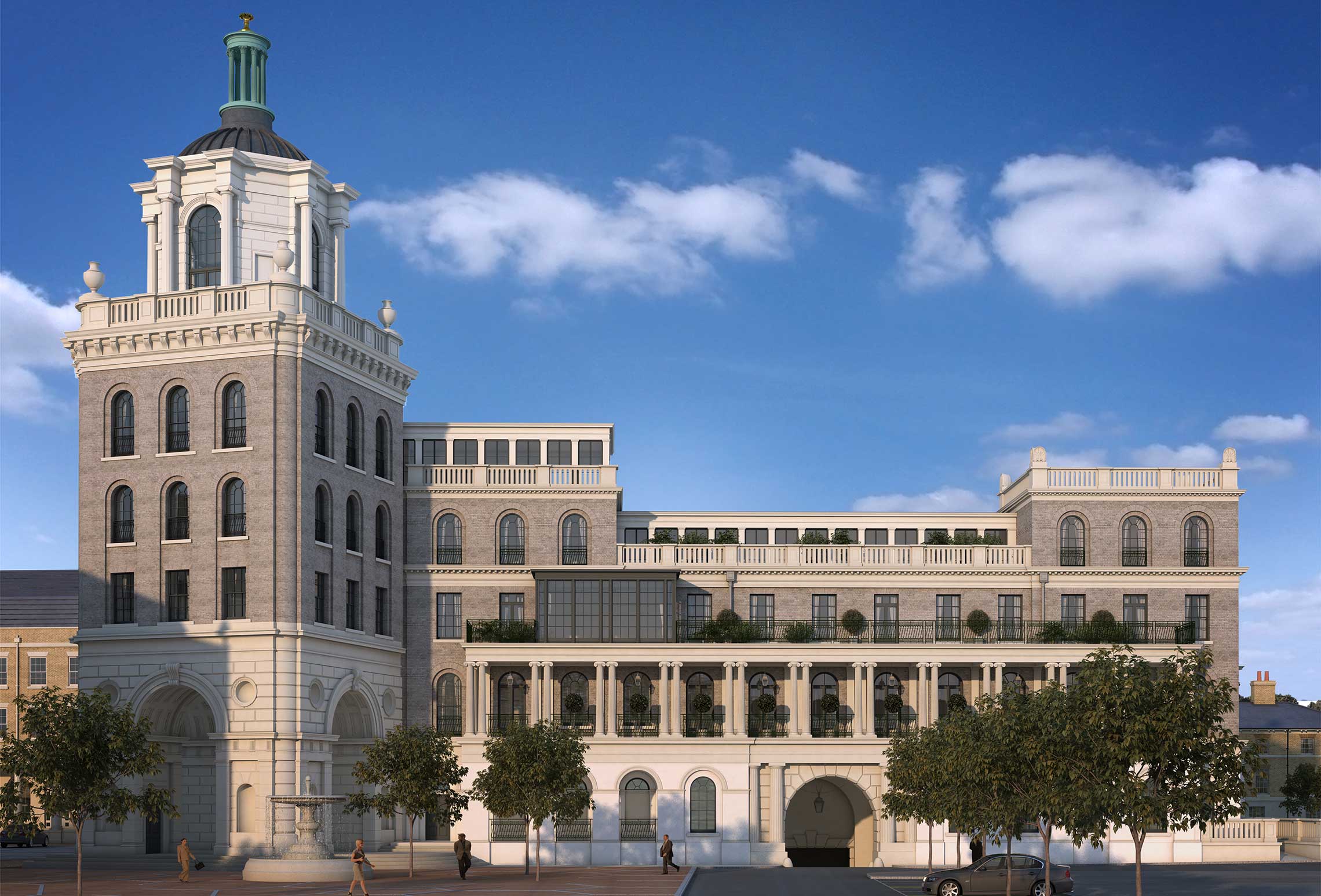 Composite Metal Flooring manufactured the Metfloor 60 decking used in the construction of four storeys of the landmark Royal Pavilion, Poundbury in 2015.
Studwelders Ltd installed both the steel decking and concrete, as well as the safety netting for the construction of the luxury building in Prince Charles's model community.

Composite Metal Flooring manufactured MF60 decking for use in the construction of the Royal Pavilion complex in Poundbury. The largest building commisioned in Prince Charles’s model community, the Royal Pavilion, which takes its name from the 1787 Royal Pavilion seaside retreat of future King George IV in Brighton, will occupy the northern side of The Queen Mother Square. The building is expected to cost £20 million, and will house 20 luxury apartments, a spa and a shop, when it is completed in 2017.

Composite Metal Flooring and Studwelders were commissioned to manufacture and install 5000 square meters of MetFloor 60 by Snashall Steel Fabrications and C.G. Fry & Sons, who, in turn, were developing the complex for the Prince of Wales.

Studwelders installed the decking, studs, concrete and safety netting on the project in the 1st half of 2015. Once the safety netting, compliant to FASET guidelines, was installed, Studwelders Ltd installed the decking and shear studs over four floors of the grand construction, before adding concrete, to complete the steel skeleton of the complex. The first load of decking left CMF just prior to Christmas 2014, and the final load arrived in June 2015, about two and a half years before the expected completion date of the project.

The Royal Pavilion is now being worked upon by stonemasons, to finish the luxury apartment block, complete with stone colonnades, an iconic stone tower, and a triumphal arch. The complex will host a spa, with treatment rooms, and swimming pool and a gymnasium, and the residential apartments will be equipped with the latest technology.

The unorthodox block of flats will blend in seamlessly with the surrounding ornate buildings, and will complete the center-piece development of The Queen Mother Square in Poundbury, which is now home to 3000 people, and is set to be completed in 2025.