Composite Metal Flooring manufactured 28,000m2 of MetFloor 55 steel decking for One New Street Square, Deloitte's future HQ in the City of London.
The iconic design of the building arose out of the need to preserve the view of St.Paul's Cathedral from Primrose Hill, and the development completes the midtown New Street Square complex.

Demolition of the old building (including asbestos removal) began in 2013, followed by the laying of the foundations. Construction began in late 2014/early 2015. In March 2015, Deloitte agreed to pre-let 100% of the building, which gave the developers extra confidence in the project. One month later, Studwelders Ltd arrived onsite to begin laying MetFloor 55 composite steel deck, over all 16 storeys of the building. The deck had been manufactured by Composite Metal Flooring, and was then installed on the building. This installation began in April 2015, and lasted a year. The final deck was installed in March 2016. Studwelders Ltd did not just install the MetFloor 55 re-entrant steel deck, though. They also installed steel edge trim (also manufactured by CMF), welded on steel shear studs, and attached safety netting to the site. To create the composite floor, they laid concrete atop the MetFloor steel deck. The building itself is comprised of two flat-iron shapes, fused to each other. This pas de deux layout prevents the building from obstructing views of St.Paul’s Cathedral, whilst maximising office space, and creating an iconic, eye-catching facade to the building. When viewed from the street, one half of the building gradually slopes down, to preserve the vista, as well as house roof gardens, to make the development more environmentally-friendly, and optimise the views for tenants from these spots of tranquility.

The other side of the complex rises to 16 storeys over the length of the building, and gradually tapers to a narrow nose-like pinnacle facing the street. The main entrance sits beneath this “nose”, and this defining feature houses a viewing gallery on each floor, offering unique vistas of St.Paul’s Cathedral and The City. The completed building will offer nearly 275,000 sq ft of Grade A office space, and will have a BREEAM rating of “Excellent”. It will add to the existing 256,000 sq ft of office space in neighbouring developments Two and Three New Street Square. The complex will house space for 1400 jobs, when fully fitted-out.

Construction of the building was completed in October 2016, with the fit-out then proceeding. The fit-out will be high-specification, and be specifically tailored to the complex requirements of sole tenant Deloitte. Deloitte hopes to move into the building in early 2018, once the fit-out has been completed. As high-end, high- rise developments were once uncommon in Farrington (the western section of the City), it is hoped that Land Securities’ development of One New Street Square will help to rejuvenate the area, and will act as a catalyst for further regeneration in the Farrington area. 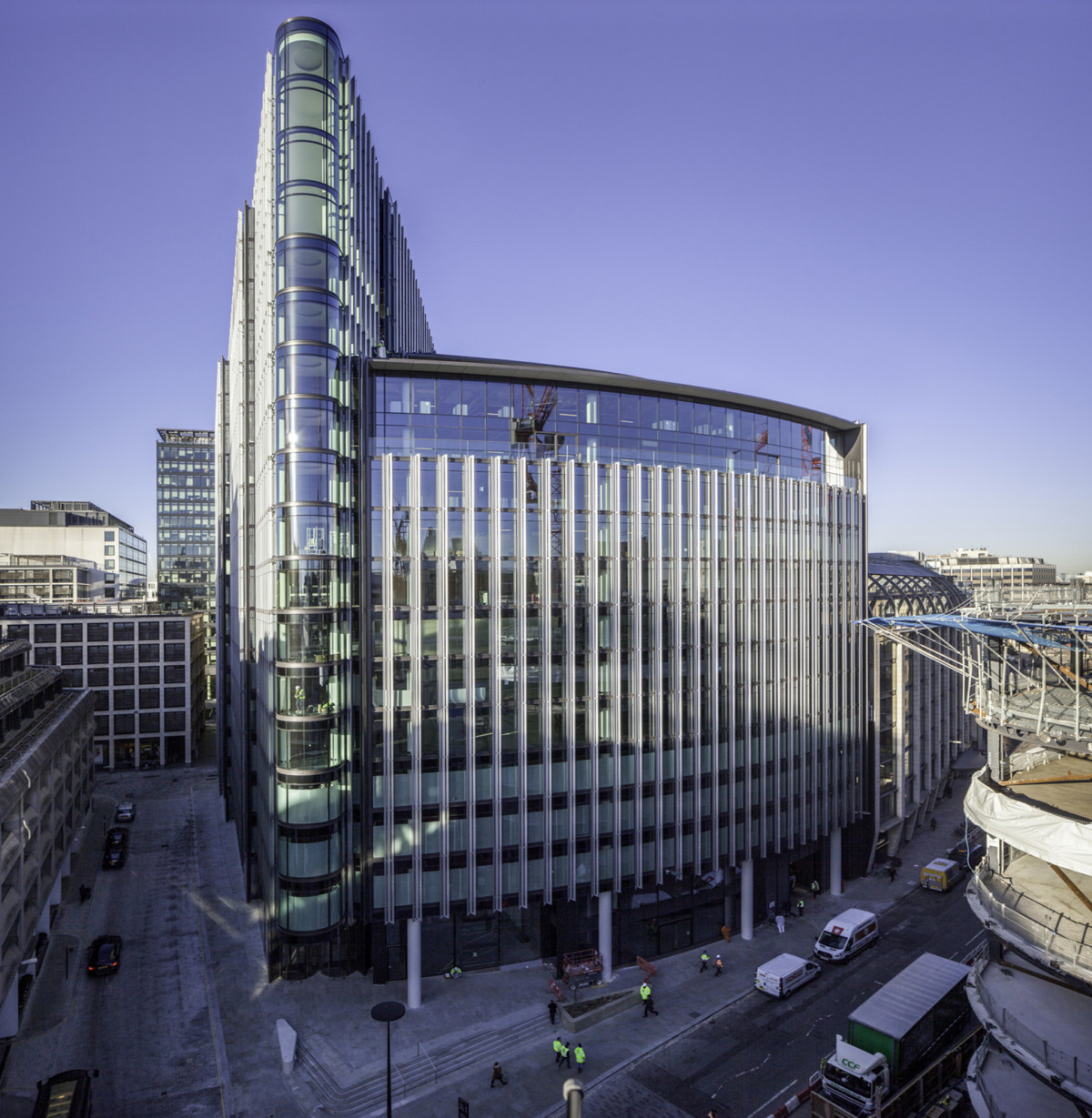