Composite Metal Flooring manufactured over 8000 m2 of MetFloor 55 and MetFloor 60 steel decking for the extension to the Oriana project on Oxford Street.
Studwelders Ltd installed the decking, shear studs, edge trim and safety netting to the site, adjacent to Primark, which will help to further transform the once less prestigious side of London's main shopping street.

The original Oriana project began in 2007, and developed the site of the former, but by then derelict Virgin Megastore, into a flagship 148,850 sq ft Primark store. The store opened in 2012. The project was highly successful, and only 1 year later, Primark were looking to extend the store, resulting in the Oriana 2 project in the adjacent units on the eastern half of Oxford Street. The extension contains an extra 41,836 sq ft of space for a Primark extension, as well as three smaller retail units, over three floors, one of which has been pre-let to Schuh. Phase II of the project will, in total, deliver 72,000 sq ft of retail space, and will also contain 18 high quality apartments above the retail units. The project is due for completion in 2017.

Composite Metal Flooring was contracted to manufacture 8015m2 of MetFloor 55 and MetFloor 60 steel decking for use on the project. Production of the deck began in October 2015, and ceased in June 2016. Composite Metal Flooring also produced steel edge trim and steel shear studs for use on the project. Responsible for the installation of these products was Studwelders Ltd, who fitted the steel deck, edge trim and studs over the 9 month period to the annexe.

The Oriana project has been highly influential in transforming east Oxford Street into a congruous development to west and central Oxford Street. Along with the flagship Primark store, and other stores for well-known brands, the increase in activity on this end of the premier shopping street in the city has prompted Zara to open a store diagonally opposite from Primark. The Oriana project helped to transform a partially-derelict, quieter precinct into an equally vibrant shopping centre for London. Oriana II will help to advance that transformation. 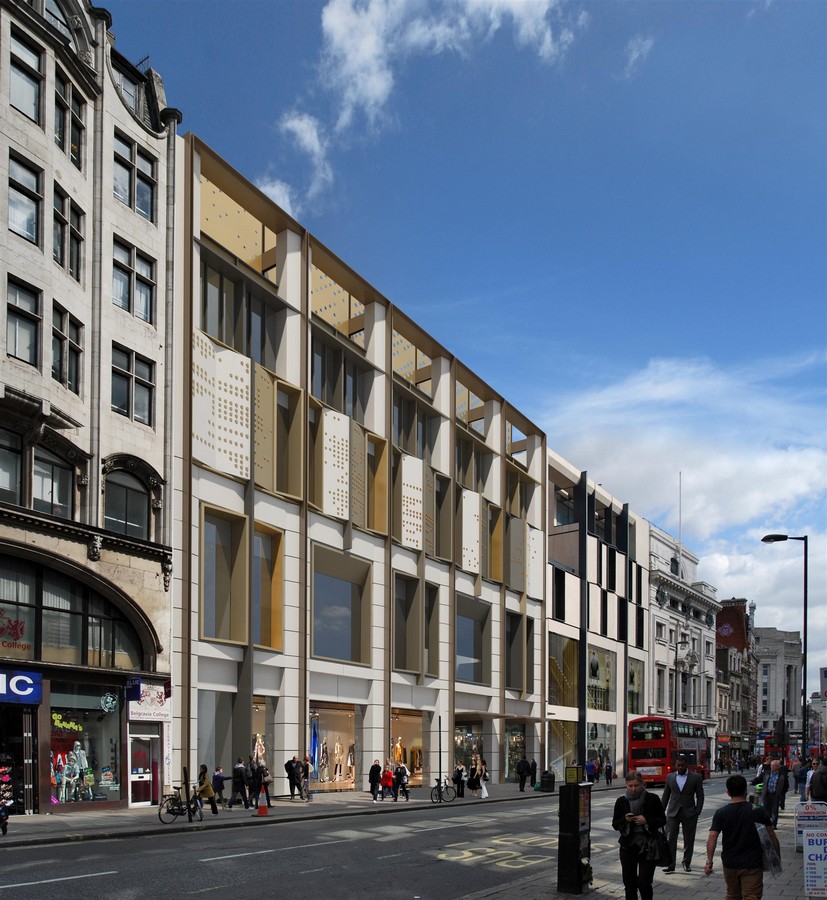