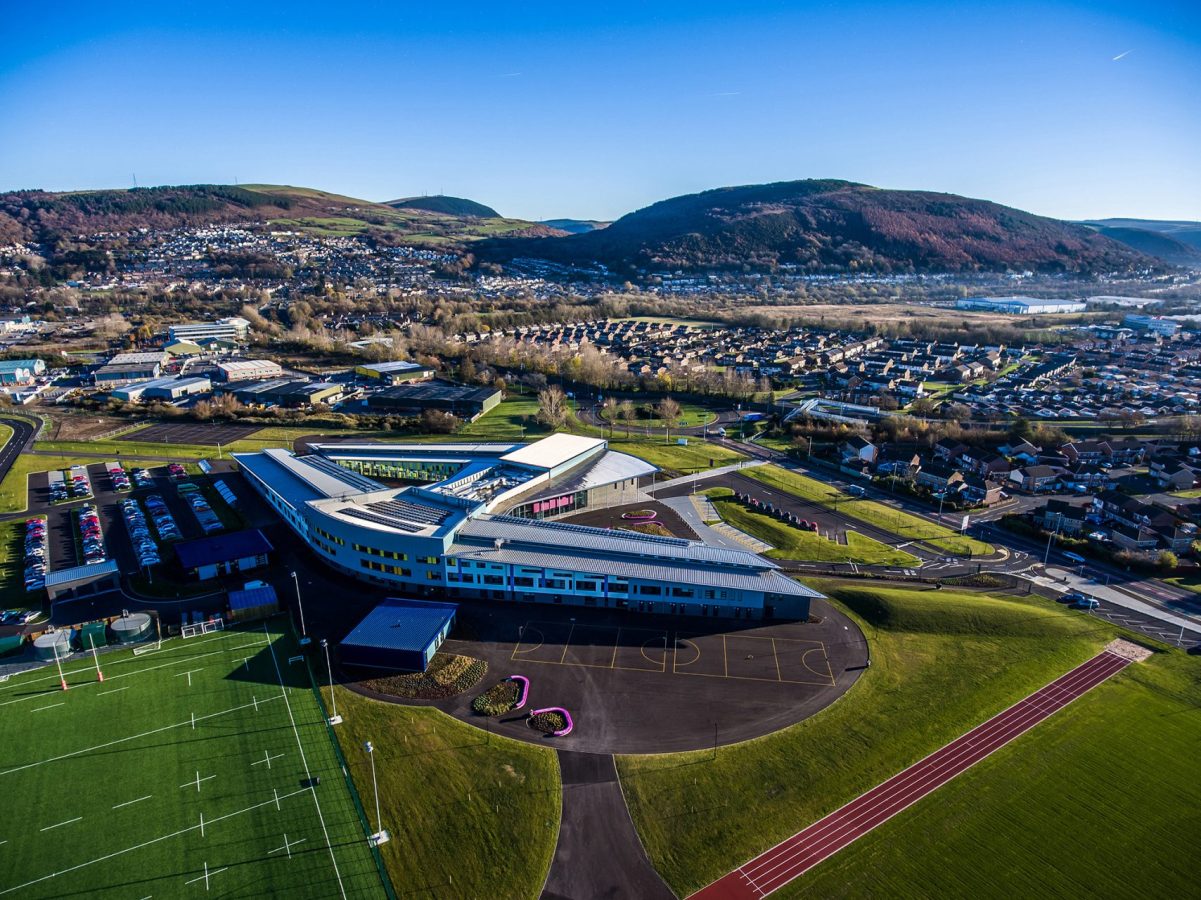 Composite Metal Flooring manufactured 6,356m2 of MetFloor 60 steel decking for use in the construction of the new "super-school" for 1500 pupils in Sandfields, Port Talbot, West Glamorgan.
Studwelders Ltd installed the steel decking over a three month period, from March 2015 to May 2015 on the school, which, situated near the Port Talbot Steelworks, opened for the academic year 2016/17.

The school was designed by architects Stride Treglown, whose design won the school the National Eisteddfod of Wales’ “Gold Medal for Architecture” in 2017. It was named the “Best Building in Wales”. Also notable about this project was that 90% of all contracts on the job were delegated to companies based in Wales, including Studwelders Ltd, based in Chepstow.

The MetFloor 60 steel decking was manufactured at CMF’s Mamhilad facilities, and then was transported down to Port Talbot. Studwelders installed over 6000 square meters of decking onsite, as well as edge trim and safety netting. The use of steel decking in the project is important, as the school itself is very close to the Port Talbot steelworks, owned by TATA Steel Europe (formerly Corus), and is by far the largest employer in the town. The steelworks recently came into attention on national media, when faced with the threat of closure, along with the other steel-making and steel-rolling plants in the UK.

The school’s construction finished in August 2016, 15 months after the last steel decking was installed by Studwelders, and in time for the start of the academic year 2016/17. The school welcomed the first pupils in September 2016. The school, besides from its architectural awards, also won recognition from Microsoft for its integration of ICT across the school, and thus became a Microsoft Showcase School.