Composite Metal Flooring supplied 30,560 square metres of steel decking to the re-development of the 1979 One Angel Court, situated in the City of London, to modernise and extend the tower.
Studwelders Ltd carried out the installation of over 30,000 square metres of MetFloor 55, MetFloor 60 and MetFloor 80 steel decking to the tower, over a 12 month period, starting in July 2015.

Originally constructed in 1979 to a height of 21 storeys, One Angel Court was acquired by Mitsui Fudosan and Stanhope plc in 2013, to re-develop it, and modernise it, to create an extra 10,000 square metres of office space, in the heart of the City. Work began in 2014, and the tower was stripped back to its concrete core, and the structural steel framework was reconstructed around it. This meant that the existing floors were removed completely, and had to be reconstructed from scratch. The total cost of the re-development was £125 million.

The re-construction of all 27 floors led Composite Floor Decks to be contracted to supply 30,560 square metres of MetFloor steel decking to the site. Composite Metal Flooring began production of the metal decking in July 2015, and produced MetFloor 55, MetFloor 60, and MetFloor 80 steel decking. They also manufactured edge trim for the tower, as well as shear studs, for Studwelders to use during the installation process. The manufacture of the 30,000 square metres of decking lasted over an entire year.

Studwelders Ltd was then responsible for installing the decking to the 27 floors of the tower, and the surrounding ground complex. The first steel decking was installed in July 2015, and the final decking was installed in July 2016. Studwelders had attached safety netting to the tower, and were also responsible for installing the edge trim that had been manufactured by CMF, as well as securing the deck with the shear studs. Over 100,000 shear studs were installed during the job.

One Angel Court was an unusual job for Studwelders Ltd, as the core steel framework and glass cladding were being installed by Mace concurrently to Studwelders installing Composite Floor Decks’ MetFloor steel decking, as well as Como fitting out the building’s electricals, servicing systems, ceilings and floors across both the “Garden” floors in the adjoining complex, and the “Sky” floors, compromising the majority of the tower. Especially in the last few months of construction, Como and Mace shared logistical networks, equipment, hoists, cranes and booking procedures, to help reduce time and money. This very integrated approach to construction is seldom seen on many projects, and provided an interesting experience to all contractors involved.

Being situated in the heart of the City, many logistical and acoustic obstacles had to be overcome. To minimise noise pollution, Mace suspended special acoustic barriers from the building, to prevent disruption to neighbours. This was quicker, cheaper, and more effective than using conventional secondary glazing. Perhaps suspended acoustic barriers might be used by Studwelders in future, when they are tasked with on-site cutting in built-up areas! Other innovations including training delivery drivers to navigate the twisting streets and alleyways of the City by sending them video simulations of the route, and training them on a practise track.

One Angel Court was completed in February 2017, and adds another modern, sleek glass tower and office complex to the City of London, just streets away from the Bank of England, and palatial Period Georgian and late Stuart architecture. The total office space in the completely re-developed One Angel Court is 300,000 square feet, and the building now has a BREEAM rating of “Excellent”. One Angel Court consistently out-performs building regulations and requirements, and is exceptionally energy efficient. It is part of a new generation of office complexes in London, having luxury restaurants and bars on the ground floor, light, airy office space, and high energy efficiency, for a new generation of workers in the City of London. 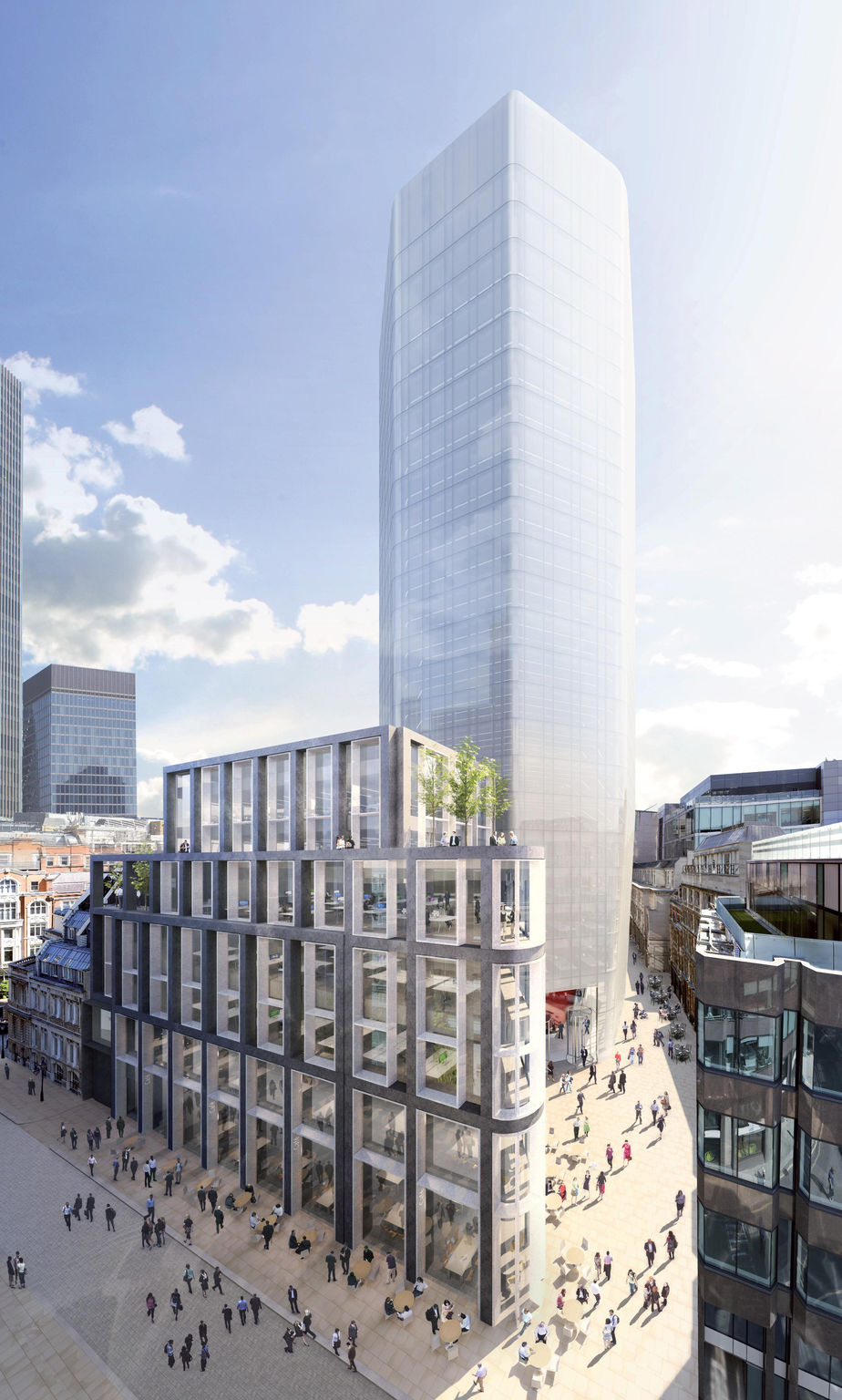