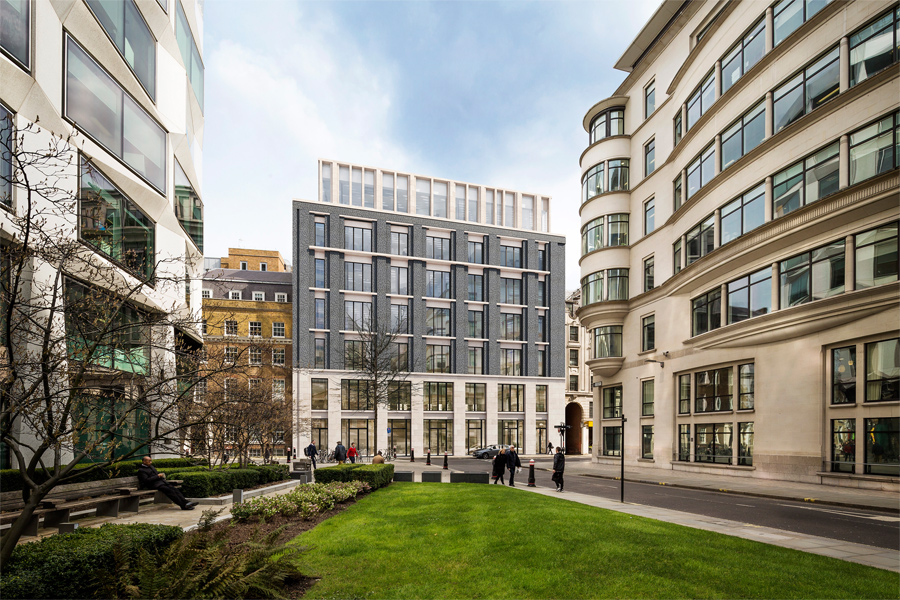 Studwelders Composite Floor Decks was contracted during the redevelopment of the 55 Moorgate office block, to supply and install almost 5000 square metres of MetFloor 60 steel decking.
55 Moorgate was originally constructed in 1990 in a postmodernist style, but was redeveloped in 2018/19 to improve efficiency, construct a roof extension, and replace the aging façade.

Studwelders were contracted to supply almost 5000 square metres of long-span trapezoidal MetFloor 60 steel decking during the constuction of the modern roof extension to 55 Moorgate. They also attached safety netting and through-welded CSC composite shear connector steel shear studs to the decking. The steel decking and studs were formed by CMF in their metal-forming production facility, and were delivered to the site between October 2018 and March 2019, to allow Studwelders installation teams to begin.

Prior to refurbishment, 55 Moorgate comprimised 66,500 sq ft of office space in the heart of the City, with a ground and 5 upper floors. Located near the Bank of England and Moorgate Underground station, the office block is extremely well located, therefore, it was decided to extend it, refurbish the interior, and update the dark granite exterior. The retail and reception areas on the ground floor were completely redeveloped, and the offices upstairs were replaced to a high level specification. The building works aimed to improve the efficiency of the building, and were completed before the arrival of Crossrail, which will cut journey times to Canary Wharf and Paddington. 55 Moorgate is situated just a few hundred metres away from the Moorgate entrance to the Liverpool Street Elizabeth line station.