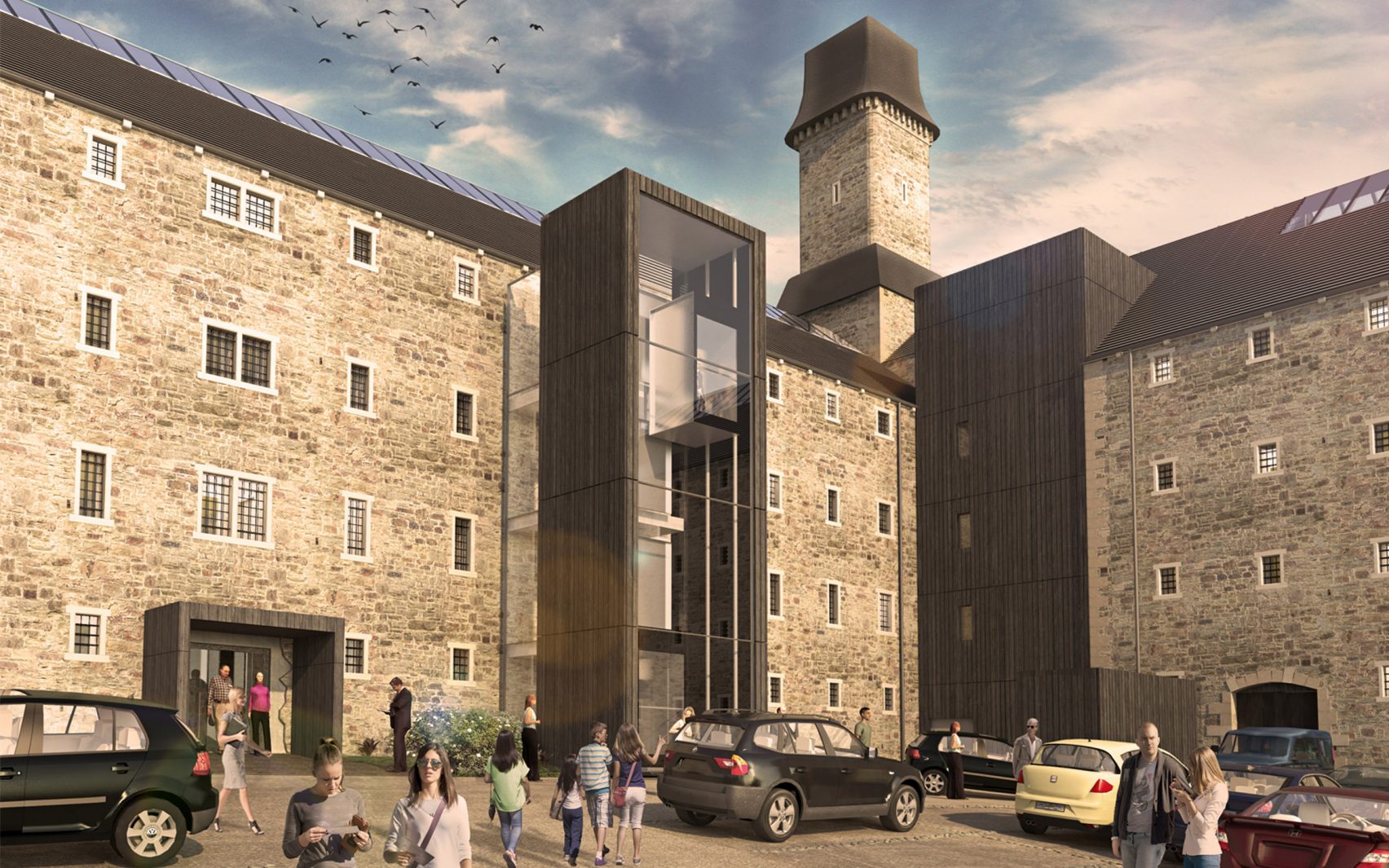 BODMIN JAIL CORNWALL
During the refurbishment of the historic Bodmin Jail in Cornwall, Studwelders Composite Floor Decks supplied and fitted over 250m2 of MetFloor 55 steel decking to the brand-new 'Dark Walk' attraction.

Built in 1779, abandoned in 1927 and having survived a demolition attempt in 1930, the jail is being converted into a family-friendly attraction with a 63-bed hotel a new automated/interactive experience, and a ‘bat bungalow’.

The refurbishment of Bodmin Jail includes the construction of the brand-new £12M “Dark Walk” attraction as part of the visitor centre, alongside the refurbishment of the cells within the jail into luxury hotel rooms. The new attraction will include a state of the art, automated theatrical and interactive experience of life in and around the prison during the 18th and 19th centuries.

Due to the project location, logistical access was extremely tight, which took careful planning with regards to delivering and offloading of decking and roofing materials. Materials were brought to site by articulated lorry and parked in an offsite unloading area, as it was unable to access site. From here, the packs were unloaded by the site tower crane (see below), to the location of the on-site mobile crane. From here the mobile crane would load out on to the steel frame. Due to access issues, the access road route that the mobile crane would have to take had to have temporary props installed in order for the road to be safe enough to take the load of mobile crane. These props were then installed and removed upon required access.

Bodmin Jail was constructed in 1779 on the edge of Bodmin Moor, and held inmates for almost 150 years, during which time over 50 executions were carried out within the prison. As a result, the site is now said to be haunted – something that fortunately didn’t trouble the Studwelders installation teams onsite. When the complex was closed in 1927, it quickly became the target of salvage hunters. It survived a demolition attempt due to its metre-thick outer wall and solid construction, meaning only the roof could be dismantled. During the refurbishment, a new glass roof will be erected. The prison was colonised by 7 bat species over the years, which were all carefully relocated within the grounds before reconstruction began. Construction will be completed in 2020, meaning that one of Cornwall’s top tourist attractions can reopen its doors.