Composite Metal Flooring manufactured 13,000m2 of MetFloor 55 steel decking for use in the regeneration and extension of the 1972 King's Reach Tower.
Studwelders Ltd installed the decking onsite over a 10 month period, from August 2014 to June 2015, on the now 42-storey Southbank Tower, in Southwark.

Plans to modernise the concrete 1970’s King’s Reach Tower had been floating around since 2011; each plan proposing a more radical upgrade to the tower than the last one. Originally, the tower was supposed to be increased to 36 storeys, then 37, and finally 42. Plans also included re-cladding of the tower, albeit retaining the iconic external support columns around the tower. Also to be extended was the 6-storey podium of the tower, which would gain three floors during construction.

The redevelopment, headed by contractors Mace and structural engineers AKT II, faced many obstacles. They had to extend down into the London Clay, below the water-table of the Thames, to create a basement for the tower. They had to add an 11-storey extension to the top of the tower, without expanding the core. In fact, they had to reduce the width of the core by 50%, yet this reduced core would have to support extra weight. The reduction in core volume would help to increase floor space, but was obviously a difficult task. When construction began, this reduction of the core was the first task that was undertaken by the developers, in 2012. As the tower was built back up, extra floor space was gained on each storey, sue to the lower volume of the core.

The top 11 storeys were built around a new concrete core, placed atop the existing core. The architects said that this additional weight that was placed on top of the existing core actually helped to stabilise it, by stressing it, and increasing the tensile strength of the concrete. Also, to help minimise loads on the lightweight upper floors, composite steel flooring was used. This composite metal flooring forms a critical part of the design of the building. Composite Metal Flooring was thus contracted to produce it.

Composite Metal Flooring manufactured 13,000m2 of steel decking. The steel decking used on this project was MetFloor 55 – CMF’s traditional re-entrant deck, the favourite of British architects since the 1970s. Production of the decking began in August 2014, and lasted until June 2015. CMF also manufactured steel edge trim for the project. Studwelders Ltd installed the steel decking and edge trim, and welded on shear studs. They then poured on lightweight concrete, atop the deck, to create the lightweight composite floor specificied in the design of the building.

The re-developed building houses 193 luxury apartments, 65,000m2 of retail space, and 340,000m2 of offices. This is a significant increase from the original 1973 building. The increase is partially down to the extra storeys, but also due to the reduction in the size of the core. The original building was designed by Richard Seifert, who also designed the NatWest Tower (now Tower 42). His constructions were notorious for their large concrete cores, which minimised office space. Luckily for the architects of Southbank Tower, the concrete foundations, core and supporting external columns were so robust that they allowed for 11 storeys to be constructed on top of the tower!

Construction was offically declared complete by Mace in April 2016, and a fit-out of the ?125 million tower began. This fit out finished in 2017. As of August 2017, the tower is the 18th tallest in the United Kingdom. The tower has won many awards, not least one of the duplex apartments winning the Gold Medal at the London Design Awards in 2016. The Southbank Tower forms a key part of the re-generation of the South Bank of the River Thames. The revitalisation zone stretches from Southwark to Battersea, encompassing The Shard, City Hall, the Southbank Tower, One Blackfriars, the London Eye, the Shell Tower, St. George’s Wharf, Nine Elms and Battersea Power Station. CMF, Studwelders Ltd and Northern Steel Decking have been involved with numerous projects in this decades-long regeneration, south of the Thames. 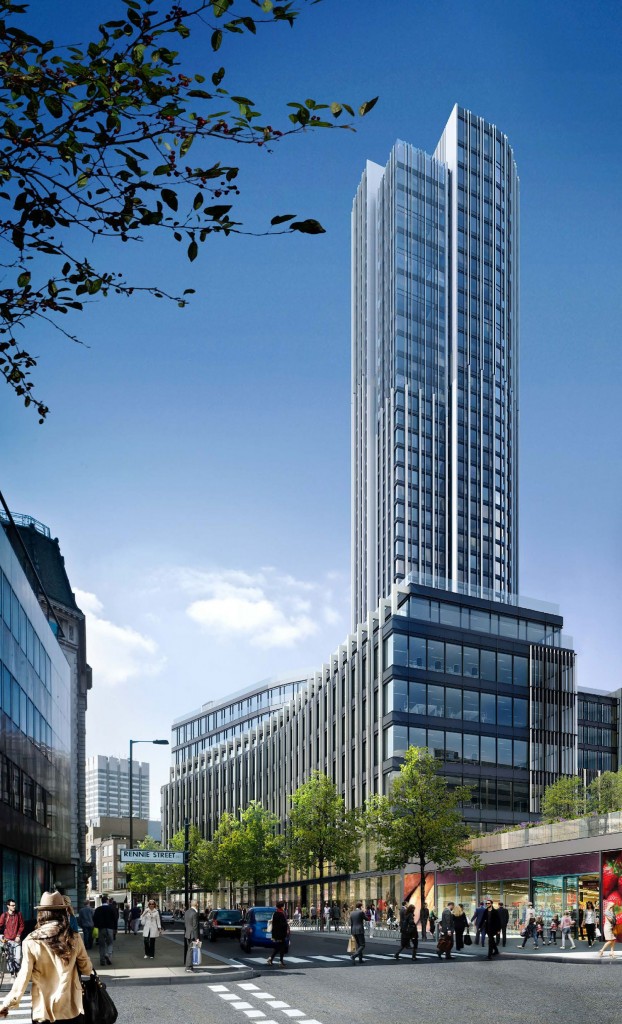