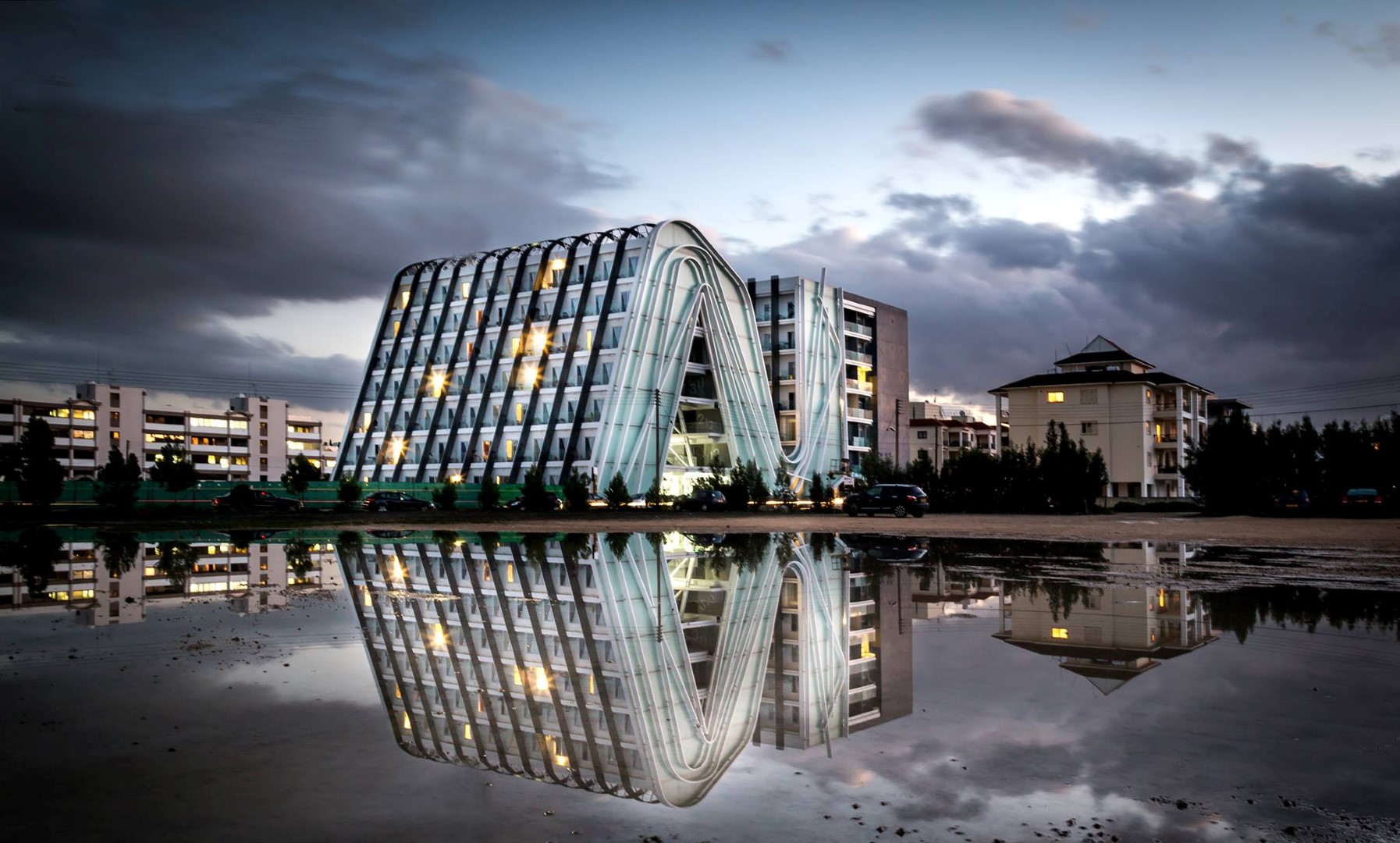 Studwelders Composite Floor Decks Ltd exported 16,250m2 of MetFloor 60 steel decking to the uniHALLS Premier development in Nicosia, Cyprus in 2013.
The premium student accomodation development, one of the most technologically advanced in Europe, was constructed by Rotos Building Society, one of the largest Cypriot construction groups.

After receiving the contract to export 16,250 square metres of trapezoidal MetFloor 60 steel decking to the uniHALLS development in Nicosia, Cyprus, CFD began manufacturing the decking in July 2013, wherupon production continued until September 2013. This order was yet another export project to Cyprus, where Studwelders CFD has established itself as a crucial player in the metal decking market. Other projects that Studwelders CFD have supplied with decking include the Kings Avenue Mall, Nicosia Mall, Mall of Cyprus, Wargames HQ, TIMINIS, Flamingo Hotel in Aiya Nappa, and numerous other hotels, stores and towers on the island.

This project, completed in 2014, was a development by the Rotos Building Society, an arm of the large Rotos Group, which is one of the largest Cypriot construction groups. With construction costs of €7M and an area of almost 14,000 square metres, uniHALLS is a premium student accommodation development in Engomi, Nicosia, containing 289 student rooms, 24/7 security, its own fitness centre, game room, laundry facilities, car park and restaurant. It has a range of studio and 2-bedroom apartments, open to students from all the different universities based in Nicosia.

The uniHALLS Premier development was opened to students in mid-2014, and is operated by Rotos Building Society. The popularity of the project has led to Rotos Group constructing a second uniHALLS development in Nicosia – uniHALLS Trinity, which opened in 2018, and possesses an even greater number of facilities and amenities for resident students, as well as extensive integrated techonology, to better respond to the modern-day demands of students.