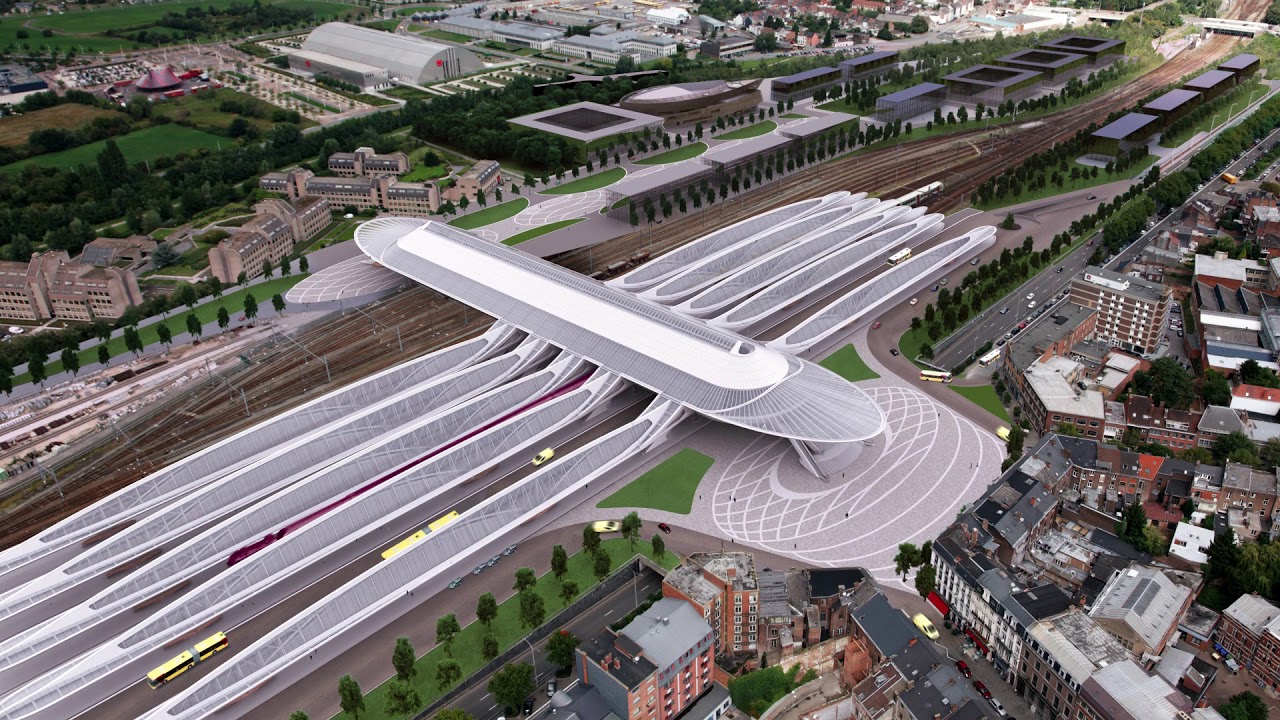 Studwelders Composite Floor Decks exported 1600m2 of MetFloor 60 and 3100m2 of MetFloor 80 to the construction of the new Mons railway station in Belgium.
Despite the overall project suffering from huge time and cost overruns, CFD group efficiently manufactured all the decking in 2 weeks in January 2015.

As part of Mons’ bid to become European Capital of Culture, a brand new railway station was designed by Santiago Calatrava, the architect behind Bilbao Airport, Liege-Guillemins railway station and the World Trade Center Transportation Hub. The old station, the 5th busiest in Wallonia, was demolished in 2013 and work began. The design for the new station was meant to tie together the old and the new halves of the city, provides an interconnected service with buses, and is said to resemble the shape of a swooping bird.

Mons became the European Capital of Culture in 2015, but the station was still incomplete and overbudget. Work upon the station was postponed due to the bankruptcy of the main contractor, and only resumed in early 2017. The project has also had to contend with appeals brought against the development, awful weather conditions and some difficult subcontractors, which have all caused time delays and cost overruns to spiral. The overarching bridge over the station was finally fixed in place in early 2019, allowing construction to enter its final phase.

In total, 5600 tons of steel framework were installed, which rose to 6500 tons when awnings and shelters were added. The majority of the steelwork was erected in 2017-2019. The station currently has a prospective inaugaration date of 2020/2021, 5/6 years late and at least €50M overbudget.

Yet despite these delays and supply chain difficulties, CFD group fulfilled their contract in January 2015, manufacturing 1600m2 of long-span trapezoidal MetFloor 60 and 3100m2 of ultra-long span trapezoidal MetFloor 80 steel decking in just 2 weeks. The decking was exported to Mons, in French-speaking Wallonia, Studwelders CFD’s first project in Belgium. The use of steel decking in such a project is astounding given the reliance of the local construction industry on reinforced concrete, as opposed to steel decking and composite floor decks. Therefore, Studwelders is pleased to have been chosen to supply a product very seldom-used in this market, to such an important, if beleaguered, project.